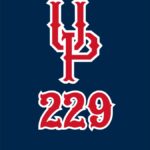 American Legion Baseball has a long history of promoting excellence not only in playing the sport, but also in sportsmanship itself. More than a few Legion players have gone on to play professional ball, with some making it to the Baseball Hall of Fame.

“We were created to help unify our nation immediately following the war. We were designed to put purpose into our lives by turning people’s attention to the greatest game ever to be played, baseball — a place, during those warm summer days, where the family could recover from the stress and strain of pulling together to win a war, a place where the lessons of resiliency and teamwork could be watched in our young boys on the field turning double plays, stealing second and throwing the runner out at home with a big league collision. That collision symbolizes what Legion baseball should be all about — the courage to give up body and soul for the quest for the title, just like our veterans committed their lives to protect their country.”

He said his challenge to coaches is to keep the uniform sacred – and “keep the shirts tucked, the hair short, the language controlled, the beards well-trimmed and the spikes polished.”

He said coaches were “raising the next ‘great generation’” and urged them to “think of that uniform, the flag and that patch on your sleeve and make that Post proud of you and your players.”